A group of service companies dedicated to quality, integrity, awareness and civility 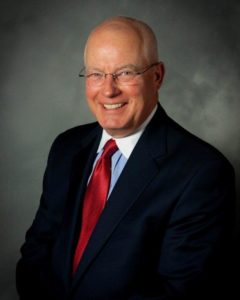 Bruce A. Provo – Founder and President: Mr. Provo has been involved in the management of real estate and other asset portfolios since 1979. Since he founded The Provo Group, Inc. (“TPG”) in 1985, Mr. Provo has been its President. From 1982 to 1986, Mr. Provo also served as President and Chief Operating Officer of the North Kansas City Development Company (“NKCDC”), North Kansas City, Missouri. NKCDC was founded in 1903 and the assets of the company were sold in December 1985 for $102,500,000. NKCDC owned commercial and industrial properties, including an office park and a retail district, as well as apartment complexes, motels, recreational facilities, fast food restaurants, and other properties. NKCDC’s holdings consisted of over 100 separate properties and constituted approximately 20% of the privately held real property in North Kansas City, Missouri (a four square mile municipality). Following the sale of the company’s real estate, Mr. Provo served as the President, Chief Executive Officer and Liquidating Trustee of NKCDC from 1986 to 1991.

Since the founding of TPG in 1985, Mr. Provo has also founded various entities engaged in unique businesses but grouped under an informal umbrella known as The Provo Group of Companies. These entities can be summarized as follows and links to applicable individual websites are provided:

Mr. Provo graduated from Miami University, Oxford, Ohio in 1972 with a B.S. in Accounting. He became a Certified Public Accountant in 1974 and was a manager in the banking and financial services division of Arthur Andersen LLP prior to joining Rubloff Development Corporation in 1979. From 1979 through 1985, Mr. Provo served as Vice President – Finance and then as President of Rubloff Development Corporation.

The Provo Group, Inc (“TPG”) was founded in 1985 to provide an alternative for the sophisticated investor — an alternative to the syndication fervor of the late 70’s and early 80’s. Unlike syndicators and brokers, TPG is paid for performance, not promotion.

TPG emphasizes client service, not brokerage and sales. Its staff is dedicated solely to creating value in your properties — without the conflicts of interest inherent in other real estate organizations.

To grow a company sought after by public and private investors to bring integrity to the management of their assets.